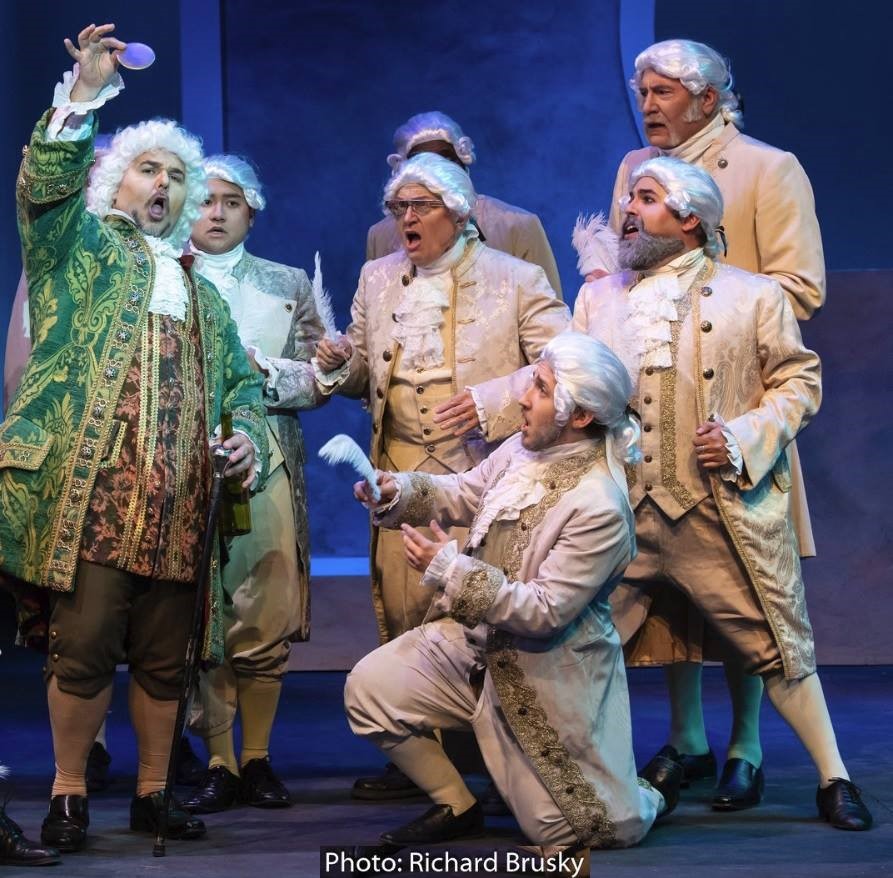 This is the bizarre story of how the Proceedix app on Google Glass made its way into a nineteenth-century Italian opera by Rossini.

La Cenerentola is a slapstick comedy opera based on the tale of Cinderella. Proceedix and Glass became part of the opera’s June 2018 performances by Opera Las Vegas.

Even though I'm only 71 years old, memory problems started plaguing me about seven years ago -- losing things, missing appointments, occasional confusion, getting lost. Severe absent-mindedness, basically. Not Alzheimer's or anything diagnosable (yet), but among other issues it has affected my ability to memorize songs in foreign languages. I can still memorize English, but I'm very slow at it. (But not Shakespeare -- I recently had to drop out of a professional gig when I couldn't handle the Elizabethan English.)

I’ve been performing with Opera Las Vegas for many years, but during the last few years I could only do small walk-on parts in their foreign language productions. I tried doing the chorus in last year's production of Rigoletto but had to drop out of that to sing only a small role.

But I wanted to sing in Cinderella and got permission from Opera Las Vegas to try an experiment. 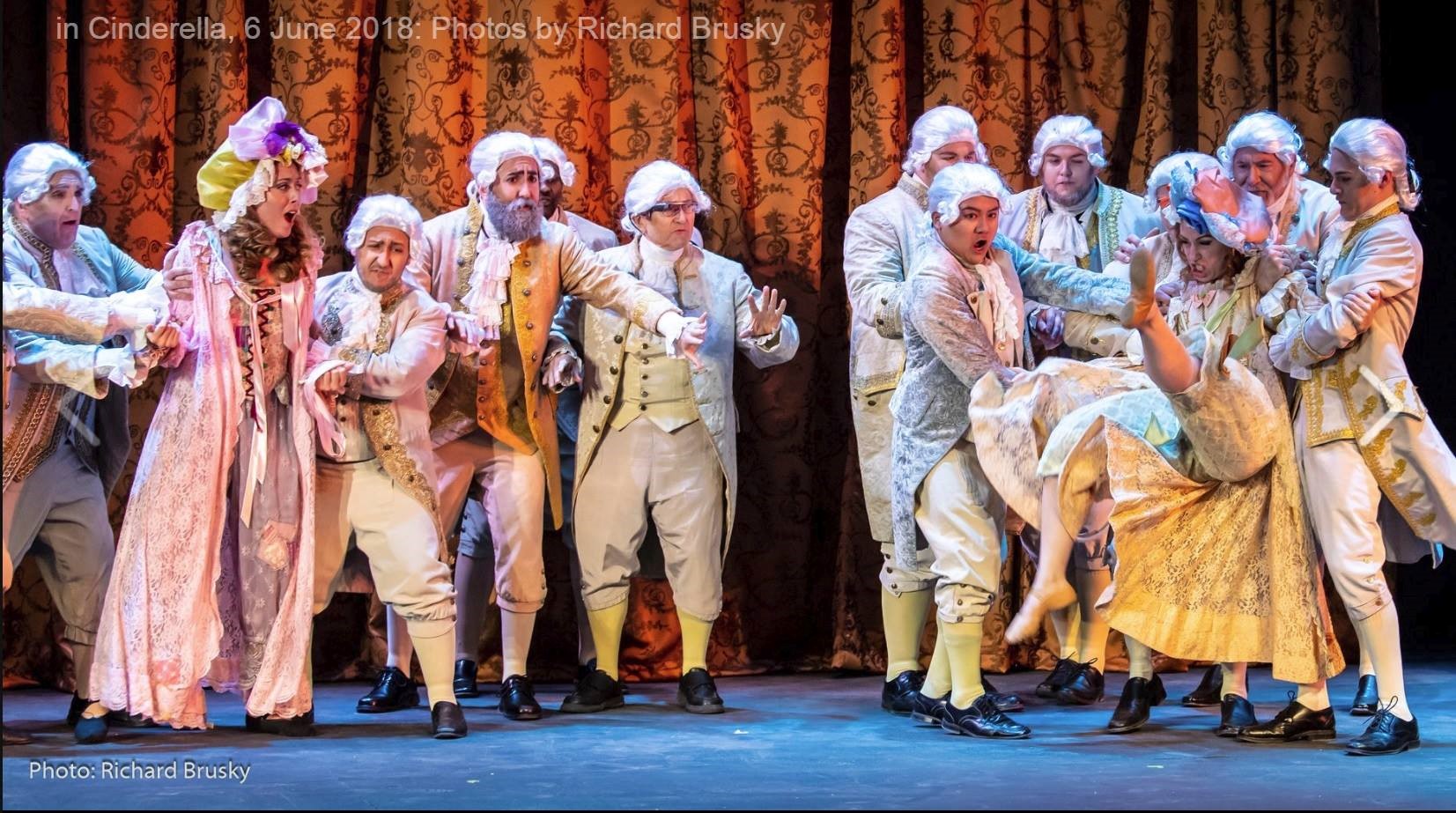 Enter Google Glass: I was told that the first version of Glass was essentially a Beta exploration, but that there is now an Enterprise version available to commercial companies. Sooo... I looked for companies that have developed apps for Glass Enterprise. I found seven such companies (by googling, of course) and asked if it would be possible for my foreign language lyrics to be displayed in that little eye-piece thingy. (I thought I would wear a pirate-style eyepatch to disguise it.) Only two companies responded, one to say they couldn't do it. The other company (the maker of Proceedix) was interested in helping with the project.

I said okay, and a few days later the project was given the green light by company management. It turns out that my need for a slideshow/teleprompter fit in rather well with Proceedix’ existing app used by technicians who want to keep their hands free while following inspection procedures.

The costumer with Opera Las Vegas decided that an eyepatch wasn’t necessary since wire-rim glasses fit in with 1820 period costumes. I just added a tiny opaque strip to the outside of the clear box that projects the display. Otherwise, a red light would have been seen by the audience as if it were HAL’s eye in “2001, A Space Odyssey.” 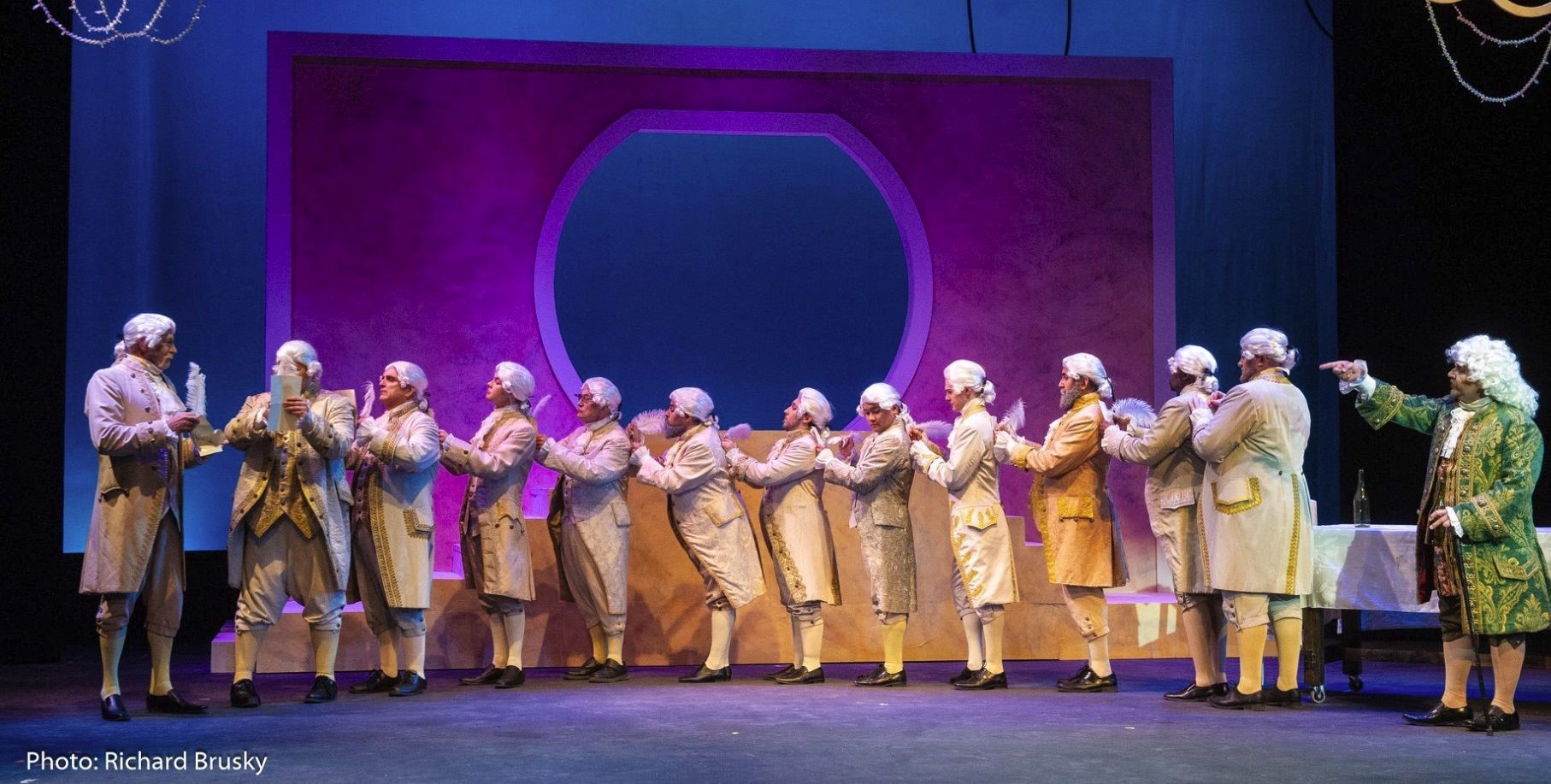 My wife Gayla and I spent a week or so preparing 16 slides of lyrics. I used phonetic spelling whenever I needed it and Italian spelling when I didn’t. Bold font showed which syllables were to be sung exactly on the beat, periods indicated rests, repeated vowels reminded me to hold syllables for multiple beats, bold square brackets showed repeats, non-bold brackets counted rest measures, and I used a variety of miscellaneous symbols for other rhythm or pitch reminders.

The slides were ready in time for sitzprobe, which is an opera term for a sit-down rehearsal done a few days before the actual performances. My wife said that since the term sitzprobe sounds like it should involve alien abductions, my Google Glass might cause me to be mistaken for one of the extraterrestrials. But by then the other singers had already seen the device and many had tried it on.

Here are some slide samples. We created them as jpg images to get easy control of page turns, but it also would have been possible to do them via text in the Proceedix content authoring system. You can hear the corresponding audio (recorded from the sitzprobe) here and here. 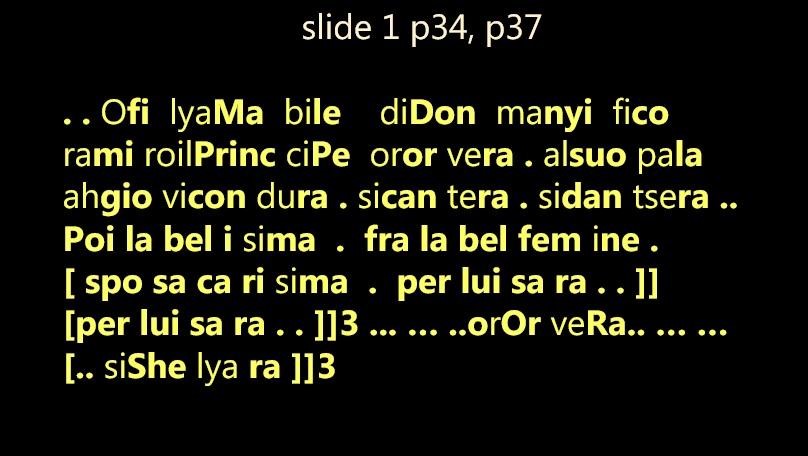 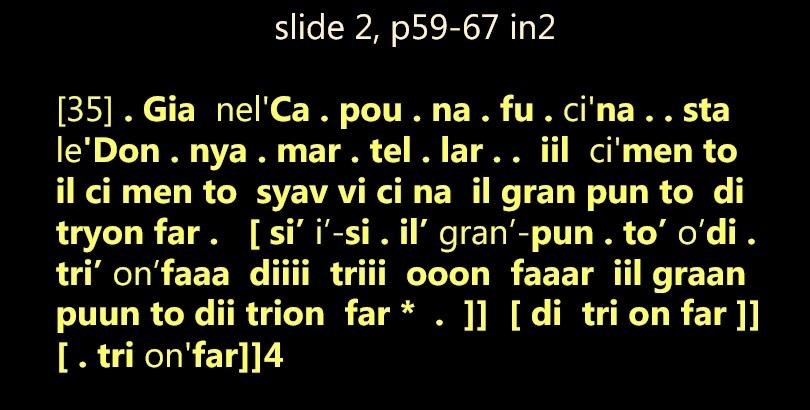 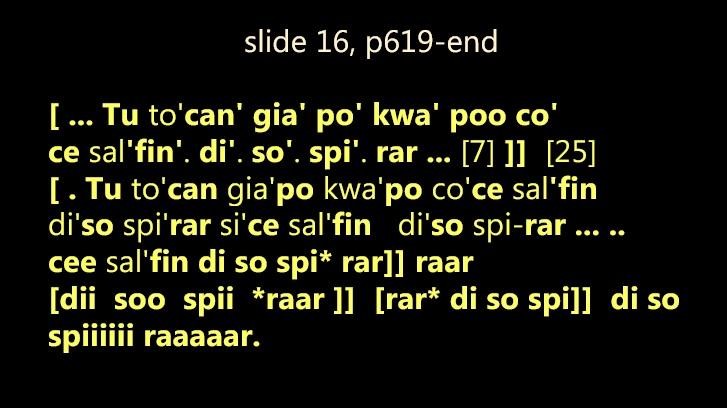 With the help of our Proceedix rep, we did some software and setting tweaks. One issue involved keeping the display awake for longer time periods than a technical inspector would need, and this was completely solved.

Close to opening night we discovered that the Glass voice recognition was mistaking certain Italian lyrics for “Okay Glass” and “Zoom In.” There wasn’t enough time to request a software fix, so we worked around the issue instead. I only pretended to sing certain words, and the Glass was pretty good at distinguishing my own vocalization as distinct from what others sang.

We were never quite sure if the internal gyroscope responded to some of choreographed blocking, especially the slap-stick parts during which the chorus made sudden turns, took a knee, or galloped around on stick hobby horses. More research is needed before I do my next show. 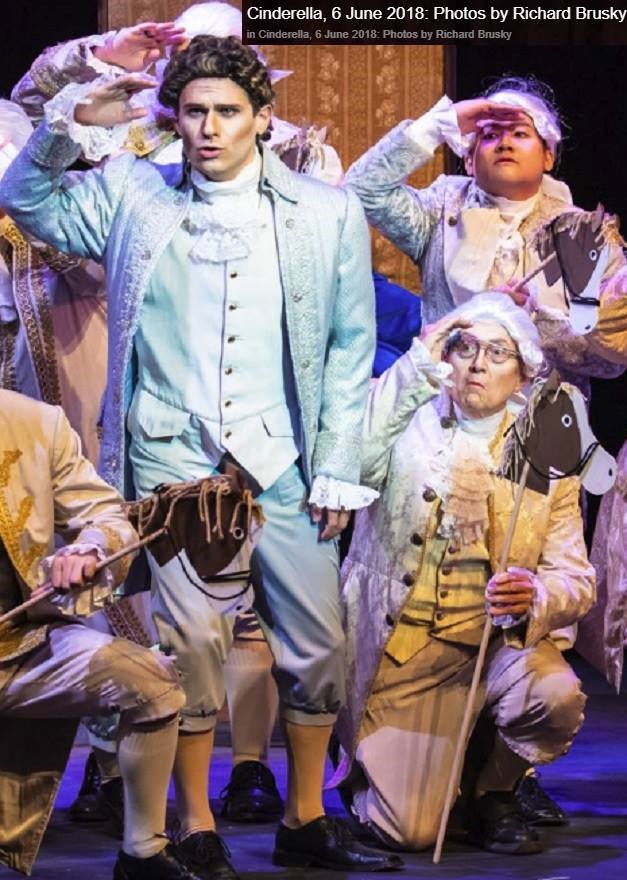 In conclusion: The performances went swimmingly, and we actually pulled if off! Hopefully this will extend my performing career and maybe help others with similar issues.

A huge thank you to Proceedix for their assistance in this project and to Opera Las Vegas for letting me perform with it. And especially to my wife Gayla, who worked tirelessly at learning the software and preparing and editing the slides of lyrics that we used for the show.