Proceedix deployed in maintenance to detect any faults in an early stage and to prevent stops in the food production line.

Proceedix is used throughout the whole Vandemoortele Zeewolde factory. Vandemoortele is a multinational producer of bakery products and margarines, culinary oils and fats.

It started in production in concordance with an autonomous maintenance project. In this project the app was of great help and functioned in two ways:

1. Instructions are made with movies to show operators how to inspect the different machines. This is to detect any faults in an early stage and to prevent stops on the production line.

2. The agreed standards of 5S and cleanliness of every machine on the production line are captured in pictures and put in a procedure in Proceedix. During shift transfers this procedure is followed and any deviations in the standard can be photographed, captured in the Proceedix program and discussed at that moment. With the help of this procedure, the agreed standard is kept in sight and the pictures of deviations help to detect pollution sources over time. 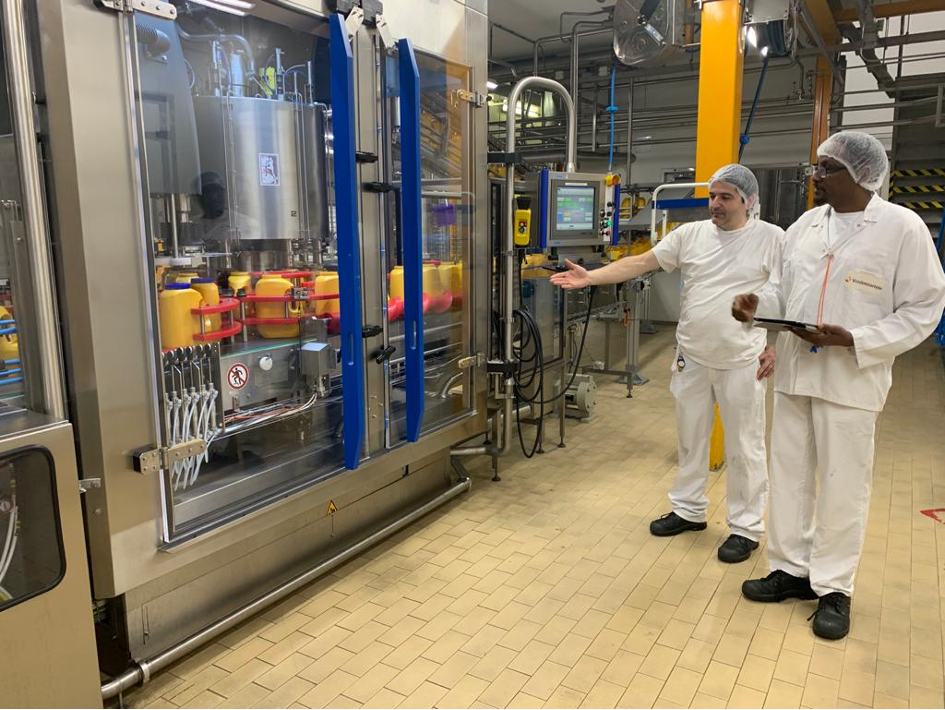 Operators of the Zeewolde operations team using Proceedix in maintenance

Once started in production the benefits of Proceedix for other departments, and mainly the possibility for communication between different departments was seen. Nowadays Proceedix is integrated in the daily way of working for production, maintenance department, HSE, facility and quality.

The regular way of working used to be on paper, but thanks to the application it was possible to move to a paperless way of working and improve communication and have constant insight in the status of actions at the same time.

A great example is the procedure: proposal for improvement. This was normally filled in on paper, mainly by production, to suggest improvements in production. These proposals were reviewed regularly, but there was a need for more insight in the status of the review and better communication about the actions. In Proceedix a workflow is created in which everyone can easily add the information, including pictures. This is then sent to the manager to be reviewed. If the idea is unclear or not fully worked out, it can be returned to the sender with the request for more information. If the proposal is approved, it will be sent immediately to the department who is responsible for the action. With the implementation of this procedure, the communication about the proposals between departments is improved and the number of completed proposals has increased significantly.

Overall feedback of the employees on Proceedix is positive. Positive remarks are that it gives insight in the status of actions and that agreed standards are documented clearly. However it did take some time to get used to and will still need time and effort to make it easy to use for everyone. It will need continuous reviewing and improvement.

We work in close contact with Proceedix and often discuss the new possibilities that we see for the application. Many changes have been made already because of our feedback, which allowed us to use Proceedix for even more workflows/processes. This cooperation will continue in the future.

In summary Proceedix has brought Zeewolde a paperless way of working, improved registration, and better communication between all departments.